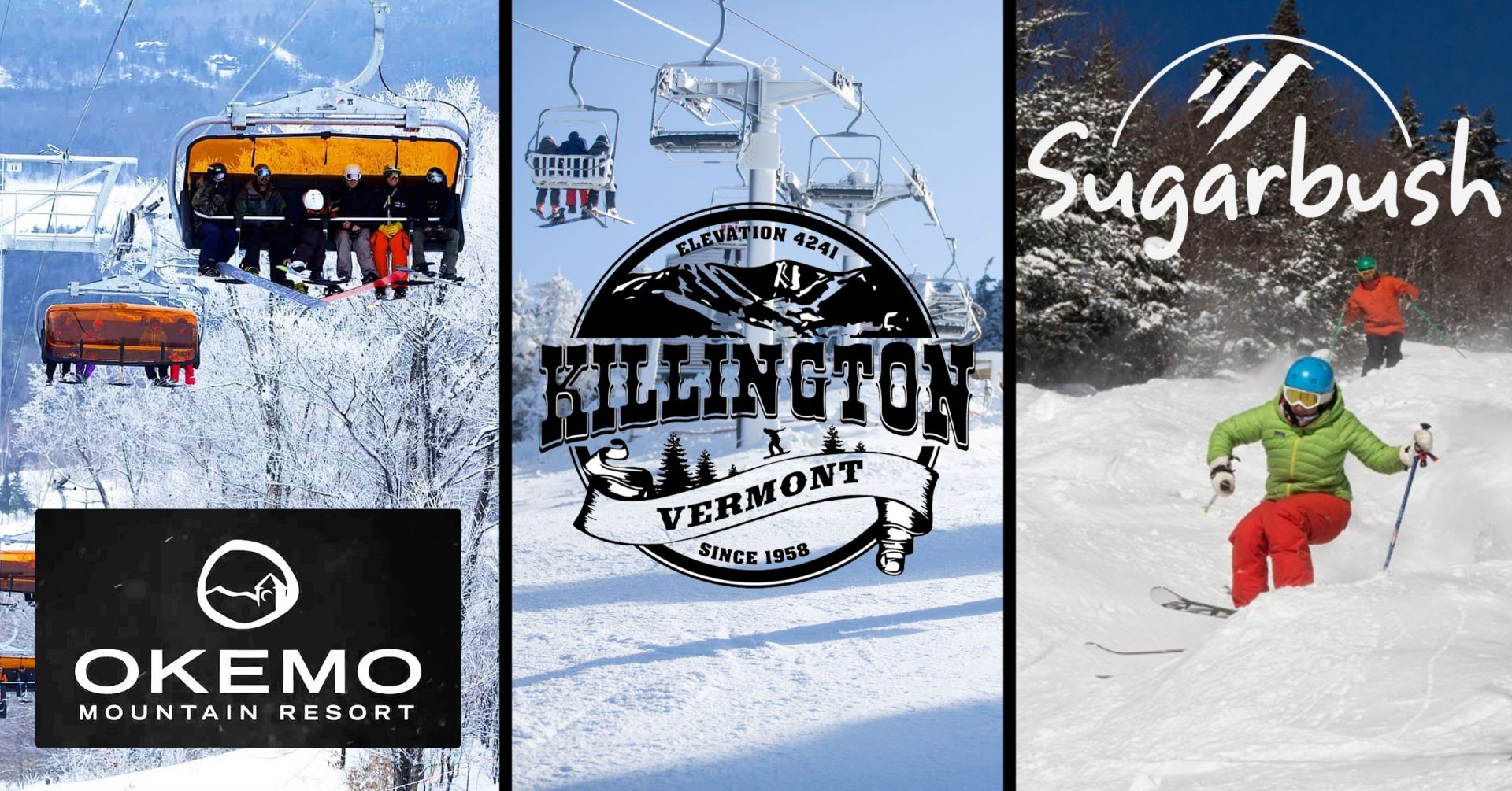 List of the best ski mountains in Vermont, including: Sugar Bush, Killington and Okemo

While Vermont is no Swiss Alps, there are still plenty of fantastic snow-covered mountains for beginners and experienced skiers and snowboarders to enjoy. Vermont is statistically one of the coldest states of the country, which makes it prime weather for many serious skiers. Most of the mountains in this area are open an average of about 155 days a year, allowing residents in the area to develop quickly and gain a great deal of skiing experience during the winter. Hannah Teter, Bode Miller and Andrea Mead Lawrence are all World Champion and Olympic Games gold medalists who grew up skiing in Vermont ski resorts.

Today, many of the bigger mountains offer new technology that helps keep the resorts running smoother and stay open longer. There are new lifts that the mountains have built that can now hold more people at a time, are faster and are safer than ever before. There are new ticketing systems that have been put in place which can keep track of each rider at the mountain and can also keep the chair lift lines moving quickly. The new scannable RFID chips that are embedded in modern lift tickets also help with lift line people flow at the bottlenecks.

Listed below are the highest rated ski mountains and resorts in Vermont. Each description below has the name of the mountain, telephone number, how big the mountain is (in skiable acres), information about their terrain parks, how many trails are offered, how many lifts there are and a brief blurb about the resort.

Ski and Snowboard Mountains and Resorts in Vermont

Killington Mountain is the largest ski resort in the North East. To frequent visitors of the mountain, it is referred to as “The Beast of the East”. Killington opened in 1954 and grew faster than any of their other competitors as they have great snow and a long ski season. The trails follow the standard skiing trail rating system with “Devils Fiddle” being the hardest double black diamond at the mountain and “Snowshed” being the easiest green trail at the mountain. Killington also offers the largest half pipe ramp on the East Coast but, this is only for the more experienced snowboarders and skiers who are looking to get some serious air. The mountain has some amazing on-mountain dining options and is made up of five peaks, which provides a choice of ski options.

Okemo Mountain Resort first opened in January, 1956 with two surface lifts that would pull skiers up the mountain with a handlebar and pulley system that charged 20 cents per ride. Today, there are still those two surface lifts and another 18 lifts including “South Face Express” and “SunBurst Six”, which is a high-end six person chair lift that takes people all the way from the base of the mountain to the “Main Summit”, where the majority of Okemo’s longer trails begin. Okemo’s base is 1,144 ft above sea level and the mountain’s summit is 3,344 ft above sea level, this gives Okemo a 2,200 ft vertical drop, which is the largest vertical drop in Vermont. Combined with Jackson Gore, this mountain is perfect for family skiing.

Jay Peak is the fifth largest ski mountain resort located in Vermont. The resort is the main attraction of Westfield, Vermont which is only four miles south of the American / Canadian border. Jay peak features trails for all types of skiers, including: alpine skiers of all levels, cross-country skiers and skiers who prefer terrain parks. Trails range from “Raccoon Run”, a green trail to “The Jet”, a double black diamond trail that has broken the will of even the most accomplished of skiers. The resort’s five terrain parks also range in difficulty, with “Rabbit Progression Park” offering beginner level snow jumps and box grinds and “Interstate” terrain park on the advanced end with massive 15 foot tall jumps for skiers to able to pull off some serious flips and spins. Jay Peak also offers ice skating and ice hockey on indoor rinks and an amazing water park which has the Flowrider surf machine available to all those ready to be surf stars.

Smugglers’ Notch also-known-as “Smuggs” is more than just the typical ski resort, it is more like a winter-time family get away camp. The resort offers lodging, various dining options and many group activities for families to do together. While guests stay at the resort they are encouraged to join ski and snowboard clubs, consisting of the other guests who are staying at the resort at the same time. Smugglers’ Notch does this to try to encourage customers to make new family friends, who will then make plans to return back again each and every year. They also do this so children and beginner skiers can learn from each other. Smuggs trails range from “Garden Path” a green trail, to “Free Fall” a rare triple black diamond trail that only seasoned experts are allowed to try and which is hardly ever open.

Sugar Bush is the second largest ski area located in Vermont. The resort is in Warren, Vermont and was opened on Christmas day by the Gadd family in 1958. The name ‘Sugar Bush’ refers to a particular maple tree that produces very sweet tree sap which is used to make maple syrup (a product that Vermont is internationally known for). Sugar Bush resort is made up of two different main mountain peaks, “Lincoln Peak” which has most of the expert level trails and “Mt Ellen” which has some more intermediate level trails. Mt Ellen is accessible via an express four person chair lift that goes horizontally across the face of the mountain. There are also three smaller peaks at the mountain: “Gadd Peak” which was named after the original owners, “North Lynx” and “Castle Rock”. The resort allows snowboarding, but is most popular with skiers and the resort tends to cater to that demographic.