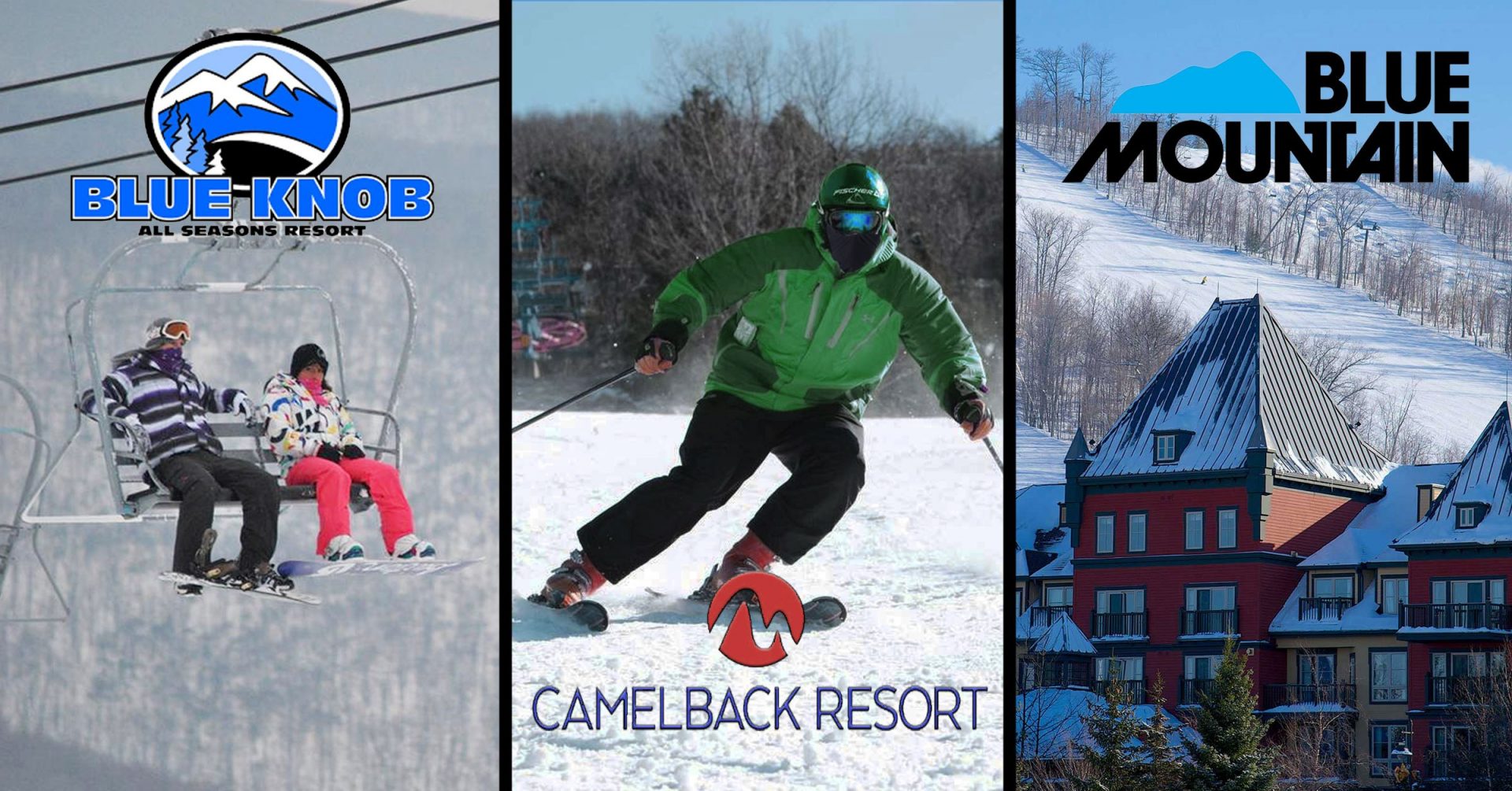 List of the best ski and snowboard mountains in Pennsylvania, including: Camelback, Blue Knob and Blue Mountain

Most of the ski resorts in Pennsylvania opened much later than other North Eastern ski resorts, which made it difficult to find a good local ski slope for PA residents for a long time. With the popularity of Snowboarding increasing exponentially during the last decade, many Pennsylvania mountains have had to make major upgrades to grow their resorts. Companies like Burton, who lead the way in snowboarding with great marketing tactics and clever equipment innovation, have set a new standard for the on-mountain experience and it is safe to say that Pennsylvania ski resorts have done a good job keeping up.

It used to be that the bigger resorts did not even allow snowboarders at all, but finding a resort like that today, is now quite seldom. Every large mountain in Pennsylvania now offers at least some sort of terrain park for skiers and snowboarders to use. Nevertheless, skiing is still the more prominent discipline on the slopes.

Listed below are the highest rated ski and snowboard mountains and resorts in Pennsylvania. Each description below has the name of the resort, telephone number, how big the mountain is (in skiable acres) and other key data points as well as a brief blurb about the resort.

Ski and Snowboard Mountains and Resorts in Pennsylvania

Camelback is the largest ski resort in Pennsylvania, and it is located in Jackson Township which is in the famous North East Pocono Mountains. The resort originally started as just one single ski trail but was bought from the Pennsylvania Environmental Department for a dollar and greatly expanded in the late 1950’s. Today the mountain is a family oriented ski resort, whose trails are 40% green beginner trails and 9% double black diamond trails. The easiest trail is the “Birches” trail which runs down the entirety of the West side of the mountain and the hardest trail is the “Basilisk” trail which zigs and zags through the trees with a steep decline and has claimed many ski egos.

Blue Knob is often confused with the simmarly named, Blue Mountain, which is another top ski resort located in Pennsylvania. Unlike Blue Mountain, Blue Knob is a public ski resort located in Blue Knob state park, which is more than a three and a half hour drive from its Pennsylvanian competitor. At the mountain’s highest point the elevation is 3,120 feet above sea level, which makes Blue Knob the tallest skiable mountain in PA. The mountain is more geared towards skilled skiers and riders who already have many years of experience under their belts. Out of the resort’s 33 trails, 18 trails are rated ‘advanced’ or ‘expert’ and only five are for ‘beginners’. The hardest trail at Blue Knob is “Extrovert” and the easiest trail is “Mambo Alley” which is a long winding trail that curves back and forth all the way down the mountain.

Blue Mountain ski and snowboard resort was opened during the winter of 1977 and was originally known as “Little Gap Ski Area”. Since then, Blue Mountain has had a massive facelift which included, adding new advanced level trails, installing new chairlifts and constant construction of cutting-edge terrain trick parks. Blue Mountain was the second resort in the U.S. who had a BigAirBAG on their slopes. The airbag is set up at the foot of “Central Park” terrain park and is preceded by a 12 foot snow jump. As skiers and riders fall onto the airbag the risk of getting injured is greatly decreased, allowing people to practice flips and tricks that are normally way out of their skill range. The easiest green trail at Blue Mountain is “Paradise” and the hardest is “Razor’s Edge”, a very steep and rocky double black diamond trail that goes down the middle of the East peak.