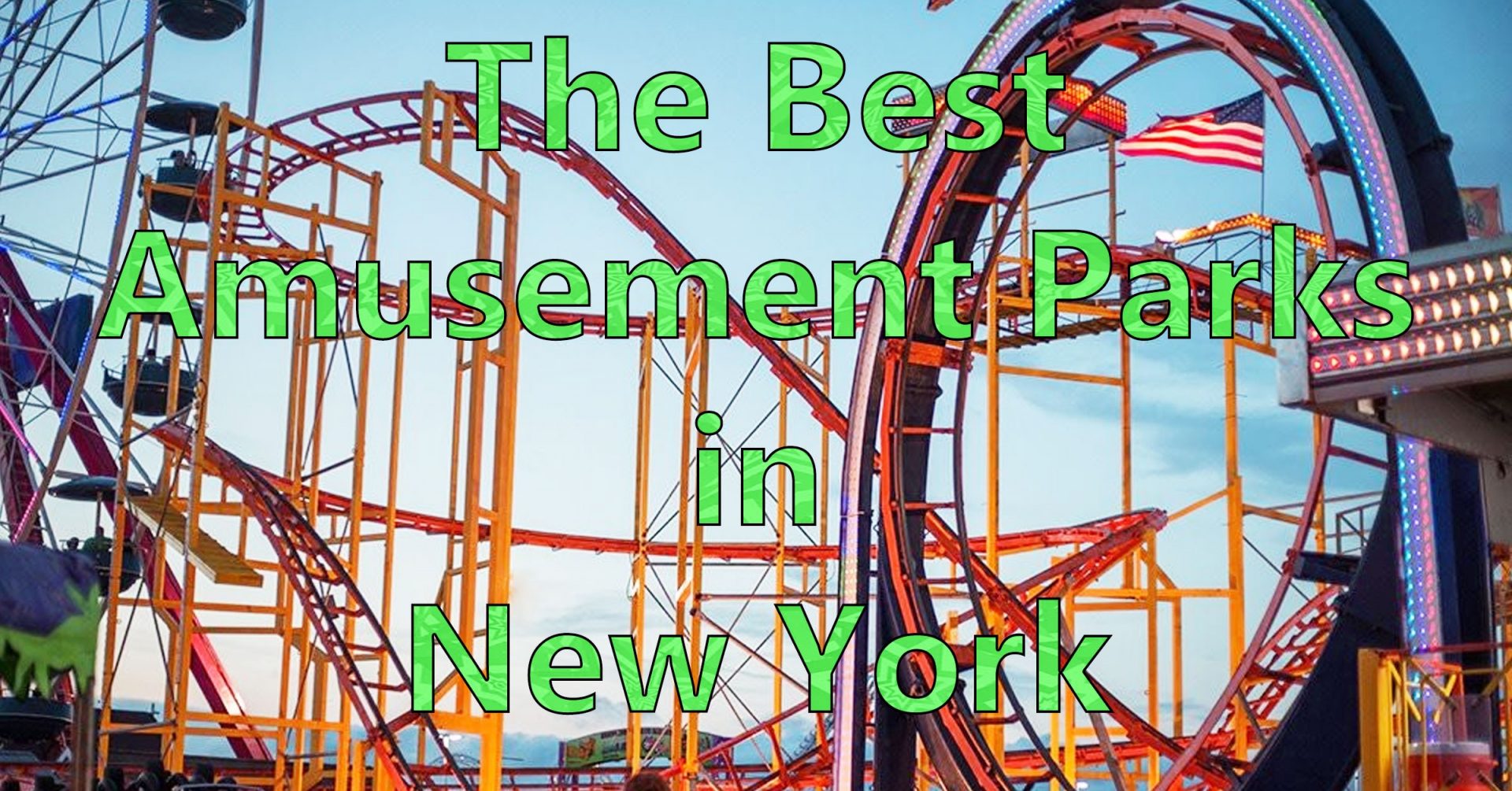 The Best Amusement Parks In The New York Area

Guide to all indoor and outdoor amusement Parks in New York, New Jersey and Pennsylvania

Whether one likes speedy roller coasters or not, American amusement parks have been a cornerstone memory for many young people. Memories from amusement parks can include everything from winning a 6 foot tall stuffed furry monkey for the girl you have a crush on to throwing up after a roller coaster that went upside down one too many times. Even eating a lot of delicious fried food with your friends and family can make a happy memory that is cherished for years. Trips to amusement parks are perfect for groups of all types and sizes, because they offer something for everybody. Many parks have engaging games like ring toss and the water gun game, where guests compete against each other, shooting high-powered water guns at tiny targets. Made from hardened steel, fiberglass and created using advanced computer imaging software, modern roller coasters are now safer than ever and can send people zooming around turns at speeds well over 100 mph. They can now perform any type of flip, twist or spin one can imagine.

There is now a large choice of amusement parks located in the North East, within reasonable driving distance from the major metropolitan areas like New York City and Philadelphia. Amusement parks are typically outdoors, due to the large size of their roller coasters, that need space to be able to operate with the best flips, drops and turns. Outside amusement parks can only be in operation in warm climates, or during the warm months of summer. This severely limits the ability of the amusement park to make money as it is a seasonal business. Even bad weather can limit their ability to operate. With the increase of technological innovations, architects are now creating indoor spaces that are much larger that can house amusement parks that can operate all year round. This means more revenue for the amusement park, but significantly higher startup costs. Architects are forced to get creative in these indoor spaces because they still have to design rides that are scary enough to impress amusement park guests, who demand a good thrill ride or they will not show up.

The Nickelodeon Universe is the newest and largest indoor amusement park in the North East. It spans over 3.5 acres and is the second Nickelodeon Universe theme park established, with the first being in the Mall of America in Bloomington, Minnesota. The park is located on the south side of the huge 3 million square foot retail and entertainment complex, named ‘American Dream’ which faces the NJ Turnpike, next to the Metlife Stadium in the Meadowlands. To fit the more than 35 rides and attractions at the park, roller coaster designers cleverly weave the coasters in and out of each other forcing the rides to have more loops, flips and thrills. The rides include, Nickelodeon’s ‘Skyline Scream’, ‘The Shredder’ and ‘Shellraiser’, which is a daunting ride that starts with its feature, 120-foot drop. For the younger children, TV show characters like ‘Dora the Explorer’, ‘SpongeBob’ and ‘Cosmo and Wanda’ stroll around select locations of the park, greeting and taking pictures with enthusiastic guests. There are no ticket discounts available for this park, but entrance for children under two years is free. On select days they also offer free parking.

Six Flags Great Adventure is one of the most popular amusement parks in the U.S., with approximately 3.25 million visitors per year. The park is owned by a corporation which is traded on the S&P 400. There are 56 rides in the park’s 192 acres. Smaller rides, for non-thrill seekers and kids, include the ‘Ferris Wheel’ and the ‘Tea Cups’ ride. The main attraction of Six Flags Great Adventure are their “extreme thrill” roller coaster rides, of which there are 12 nail-biting, heart-stopping experiences on rails. ‘SUPERMAN™: Ultimate Flight’, is the ride that turns riders face down and head first, just like the comic hero himself and races fast around a twisty speedy track. The park’s biggest and fastest ride is ‘Kingda Ka’, which shoots riders from 0 mph to 128 mph in just 3.5 seconds flat. This ride also holds the title for the tallest steel roller coaster in the world at a whopping 456 feet tall. The park also features special events such as live shows and distinctive theme areas such as ‘The Boardwalk’, ‘Fantasy Forest’ and ‘Movietown’ which is a section of the park that looks like it is part of various famous movie sets. Six Flags offers discounts to everything in the park for guests with an annual park pass and also offers discounts of up to 30% off their amusement park passes to corporate employees, as a work benefit.

Dorney Park is well known for their slogan, “Two Great Parks For The Price Of One!” because guests with a full access day pass get to enjoy admission to both their water park and their amusement park with just one ticket. This amusement park spans over 200 acres and has 63 rides between both parks, 45 of which are in their main amusement park and seven of those are daring roller coaster rides. The ride ‘Steel Force’ is the longest steel coaster in the North East. The coaster ride ‘Possessed’ is an appropriately named twisted and inverted steel-track ride that launches riders both forward and backwards on its 108 foot tall U-shaped track. For discounts Dorney Park offers complimentary admission to the park for all children ages three to five years old, but this must be ordered in advance. Season pass holders get free year long parking with their purchase and corporate employees can get discounts of up to 50% off their day pass tickets.

HersheyPark is an amusement park owned and operated by the Hershey Chocolate Company. The park is located just six minutes away from the Hershey Headquarters in Derry Township, PA. The park opened in 1906 and has now been open for over 100 years, but guests should not worry because many new roller coasters have been added to the park and most of the old rides have been updated. HersheyPark follows a candy and chocolate theme, with large plastic candy ornaments hanging around the park for added for decoration. The amusement park also offers a one-of-a-kind chocolate factory tour with a free treat at the end of it, for all chocolate loving guests to enjoy. In the 121 acre amusement park there are 76 ride attractions, 13 of which are thrilling roller coasters. Their amusingly named ‘Sooper Dooper Looper’ coaster at the park was the first ride on the East Coast that had an inverted-loop. ‘Skyrush’ is Hershey's most adventurous ride, as it goes 75 mph and features five zero-gravity hills throughout. Guests can save more than 40% off their tickets when buying park passes for two or more days in a row. Season pass holders can get free parking as well as discounts on various items within the park. There are no corporate employee discounts to this park.